Widen, improve and spread knowledge of hydrography and maintain relations between persons, companies and institutions.

Stimulate hydrographical knowledge, by presenting an award for the best thesis and by supporting educational institutions.

Corporate members are entitled to all kind of extras, e.g. 2 subscriptions to Hydro International and a platform to introduce themselves.

First of all, the board hopes that everyone of us is (and remains!) healthy and that the Corona virus has not struck in family and / or circle of acquaintances.

The current and continuing rules on COVID-19, including social distancing, the uncertainty of how long this will remain necessary and the awareness that many of our regular participants in the HSB meetings belong to a risk group make it difficult to establish a clear planning for an GA / Workshop. While two months ago we still hoped about the end of June - around World Hydrography Day - to be able to close the period before the holiday period with a GA and workshop, things are now different.

In view of the above, the board has unanimously decided that no GA / Workshop will be planned prior to the coming holiday period and that we will continue to keep an eye on whether the situation after the summer recess will make it possible for an HSB meeting. to plan.

We live in an uncertain situation and planning mainly depends on the further developments of the corona infection in the Netherlands and Belgium and the decisions to be taken by the authorities in the coming months and also our own responsibility towards our members.

We will inform you in time about the planning after the holiday period.

A board member put forward the following idea: “Invite the members to make a short general (anonymous) report of how things are going in this COVID-19 time with work and general. Let's merge that into a document and distribute it. The aim is to strengthen the feeling of togetherness and it gives a picture of how we are influenced by the situation”.

In short, take the “pen” and give shape to this idea.

The board wishes you all good health in the coming months! Keep all of you square and stay out of the infirmary!

Chairman of the Hydrographic Society Benelux

GA and Workshop postponed due to COVID-19

ALV OF THE HSB POSTPONED

It will not surprise you: in accordance with the advice of RIVM, the General Assembly of Members (GA), which was scheduled for April 3, 2020, will be postponed. Naturally, the workshop and the presentation of final papers of students, traditionally prior to the GA, is also postponed.

A new date for the GA depends on a number of factors, the most important of which are the course of the COVID-19 virus infection and government measures.

The Corona virus disrupts the planning of many things, such as booking options for meeting locations, but also other events such as the FIG “working week” in Amsterdam (10-14 May 2020). As a board, we also consider it important that nominated students can present their thesis on time and that the winner can be a candidate for IFHS student award.

For the time being, the board is focusing on a workshop and GA at the end of May 2020 at KIVI in The Hague.

You will be informed of the details in time.

It goes without saying that the HSB will conform to the recommendations of RIVM, whereby an extra safety margin will be taken for your and other people's health.

Chairman of the Hydrographic Society Benelux

The next Hydro conference will be organized by our French sister association AFHy. The Hydro20 will be held from 8 to 10 December 2020 in Monaco. 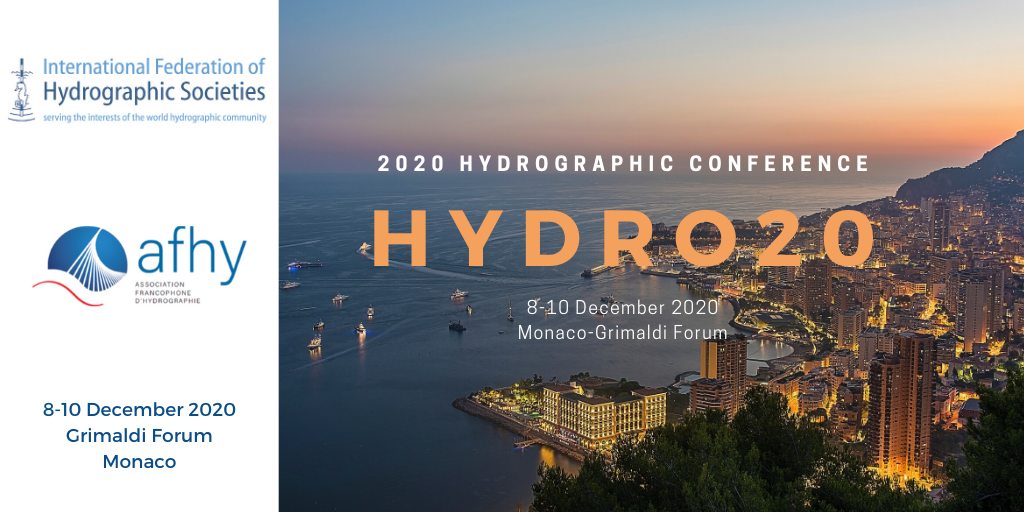 In an interactive setting, the highlights of this NWO-research project will be presented and discussed.

SMARTSEA is about the modeling, data analysis and risk-based interpretation of sand wave dynamics.

Our goal is to link the results to current engineering practice and to develop joint ideas for future research.

The workshop is open to anyone with an interest in seabed morphodynamics.

Last month, in the run-up to World Hydrography Day (WHD) 2019, the International Federation of Hydrographic Societies (IFHS) announced the winners of its prestigious Student Award for 2018 and 2019.

Hamza, who was nominated by the Francophone Hydrographic Society (AFHy), won the 2018 award for his paper entitled Implementation of a protocol for acquisition and processing of strapdown gravity data from airborne inertial navigation system to compute geoid models in coastal areas. Hamza, who graduated the MSc Hydrography at ENSTA Bretagne in France last autumn, is now employed by Fugro.

Christopher's 2019 award-winning paper provided Insights into embayment-scale sediment dynamics using MBES multispectral backscatter at Perranporth, UK. Nominated by The Hydrographic Society UK, Chris received the honour just days after completing his BSc (Hons) Ocean Exploration & Surveying at the University of Plymouth, UK. He is due to start work with MMT in the coming weeks. 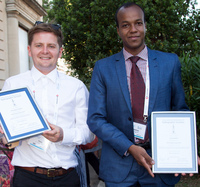 An IHO conference will be held in Monaco from 21-24 April 2020, including delegations from all Member States and observers from various neighboring organizations.

In the conference building, the industry is given the opportunity to present itself with a stand.

For more details, I refer you to the appendix of the International Hydrographic Organization (IHO): IHO Exhibitor Info

+31 Just call the Netherlands ......, that is the theme for the SIKB annual conference 2019. Under the leadership of SIKB board member Jeroen Haan, by that time dyke count of the Hoogheemraadschap De Stichtse Rijnlanden, the knowledge and expertise of Dutch soil and subsurface management and archeology, in an (inter) national context. What can we learn from our approach elsewhere in the world, and what can we learn from elsewhere? The ambition is there:

"+31 - Call the Netherlands". With speakers such as Marck Haerkens who offers inspiration from aviation and Ad van Wijk who takes a look at the (underground) energy landscape in 2031. With debates between, for example, professor John van den Hof and professor Daan Raemaekers about the knowledge and competences that the soil and archeology professionals are asked. With sixteen different parallel sessions. With a Blunder- and Glunderbak and a closing drink at the SIKBar: what is your vision for 2031?

Click here for the program booklet with more information about the conference and the sharing sessions. You can sign up here.

We look forward to meeting you on Thursday 26 September in the 1931 convention center in 's-Hertogenbosch.

On Friday, June 14, 2019, the GNSS Symposium for new precision applications was organized at the Technical University in Delft. Around 110 interested people attended the event organized by the Netherlands Institute for Navigation (NIN), Geo-Information Netherlands (GIN) and the Hydrographic Society Benelux (HSB).

Almost everything one does is location related and GNSS help us to determine where that is. Precision and reliability are increasingly required. New hardware and software developments for mass markets make more and more possible in this: small and affordable, yet also advanced GNSS chips and antennas, which offer almost the same observations and quality as geodetic GNSS receivers, make a massive deployment for new applications possible. Seven speakers from different disciplines discussed this during the symposium.

Chris Lowet, Product Manager at Septentrio NV in Leuven, Belgium, spoke first about the newly developed GNSS module for mass applications, called "Mosaic". Despite its small size (3x3 cm) and low power consumption, this module can use all available GNSS signals and arrive at a centimeter-accurate position determination. The "Mosaic" can be used in, among other things, self-driving robots and cars, drones and agricultural machines. The module distinguishes itself on the market by working well even with many obstacles and the anti-interference and jamming technology that Septentrio is known for.

New player on the RTK market

The second speaker, Tommy van der Heijden, founder of MarXact, presented the UNI-GR1 universal RTK GNSS receiver. This receiver is assembled in the Netherlands and supports all modern GNSS signals. The GNSS board comes from the Chinese supplier Unicore. With the help of UNI-Cloud, UNI-RTK premium and various APIs, this is a ready-made, open receiver that communicates with many software packages.

Jürgen Alberding, director of Alberding GmbH from Wildau in Germany, took the audience to the new world of automated geo-monitoring. Alberding offers tailor-made services for deformation measurements of, among other things, soil and engineering structures. Components include Web-based server software and integrated GNSS and telemetry sensors. The GNSS sensors are low-cost modules that can collect both code and phase observations.

After the coffee break, Chief of Hydrography and Captain of the Sea Marc van der Donck of the Ministry of Defense picked up the thread firmly. He showed those present that the seabed is clearly the worst part of the earth. It is striking that this applies especially to the shallower areas at sea. Under the slogan "Map the Gaps" a campaign has been launched to close the gaps in the sea charts. By collaborating and sharing data from many other parties who perform depth measurements at sea, such as survey companies, fishing vessels and cruise ships, the aim is to speed up the measurement process.

The fifth speaker, Ernst Peter Oosterbroek, Senior Land Administration Advisor at Kadaster International, spoke about the need for good land registration in poor countries. Security of ownership is a basic condition for a growing economy. In various countries in Africa, South America and Asia, Kadaster International helps with projects for acquisition and registration of property. A combination of aerial photos and affordable GNSS makes this possible.

A completely different deployment of new GNSS was proposed by Jouke Velstra, director of Acacia Water BV, in Gouda. Together with LTO Noord, water boards, provinces and farmers, Acacia Water strives to realize a joint monitoring network for surface water and groundwater and soil water.

Salinisation along the coast is, partly due to subsidence, rising sea levels and periods of major drought, an increasing problem in agriculture. Farmers and water boards should work together in this and an extensive monitoring network is essential for making the right decisions.

Use of GNSS in Drones

Finally, Pieter Franken from Terradrone Europe (formerly Skeye BV) gave a presentation about the importance of GNSS in the worldwide deployment of drones for measurements and inspections. Applications of GNSS range from the automatic flying of flight patterns, measuring of pass and check points, precise location of recordings to the replacement of expensive IMU equipment (inertial navigation). Pieter emphasized that only a combination of technology and geodetic knowledge leads to reliable results.

After the symposium, all speakers were thanked with a Delft blue storm umbrella developed at TU Delft and they were able to talk afterwards during a drink offered by the associations.

The symposium was organized on behalf of the VPN GIN / NIN Working Group by:

On this page you'll find our latest news 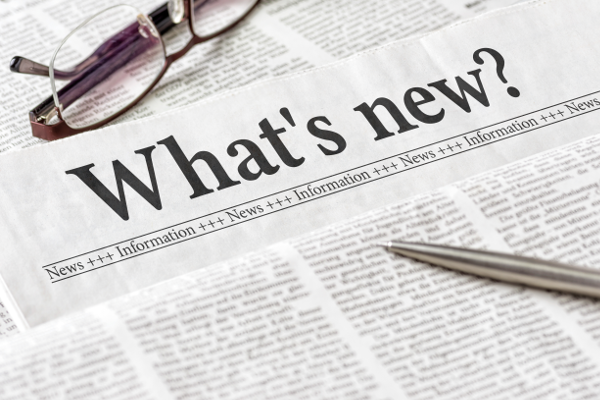 iXBlue is a leading global provider of innovative solutions and services for navigation, positioning, and imaging. Civil and defense customers rely on our systems, operations, and services for the challenges they face at sea, on land, in the air or in space. We are recognized throughout the industry for our pioneering work on the development of ultimate performance fiber-optic gyroscopes (FOG), acoustic and sonar signal processing, and inertial-acoustic sensor data fusion. In all of these areas, we work to ensure that our products provide high accuracy, unrivalled performance and unsurpassed reliability.

Hydrography as a career

Hydrography as a career